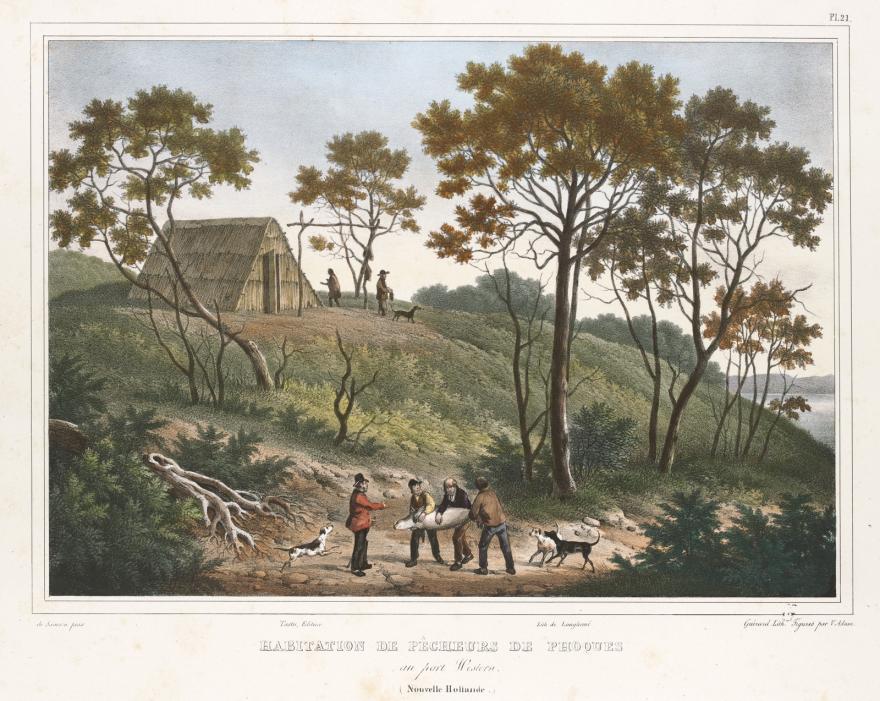 A former British sealer, John Scott appears to have maintained a harmonious relationship with the Tasmanian Aboriginals of the Cape Portland district into the mid-1820s. He took two Aboriginal women Maria and Mary as his wives, with whom he had at least nine children. They have left many descendants who have retined both oral and documentary evidence of their past.

Graeme Broxam is a well-known Tasmanian amateur historian, especially interested in maritime history, and is author or co-author and publisher of books including Tasmanian Shipwrecks, Those That Survive: Vintage & Veteran Boats of Tasmania and Pride of the Port: The Watermen of Hobart Town.