The history of scenic tourism and recreation on kunanyi/Mount Wellington 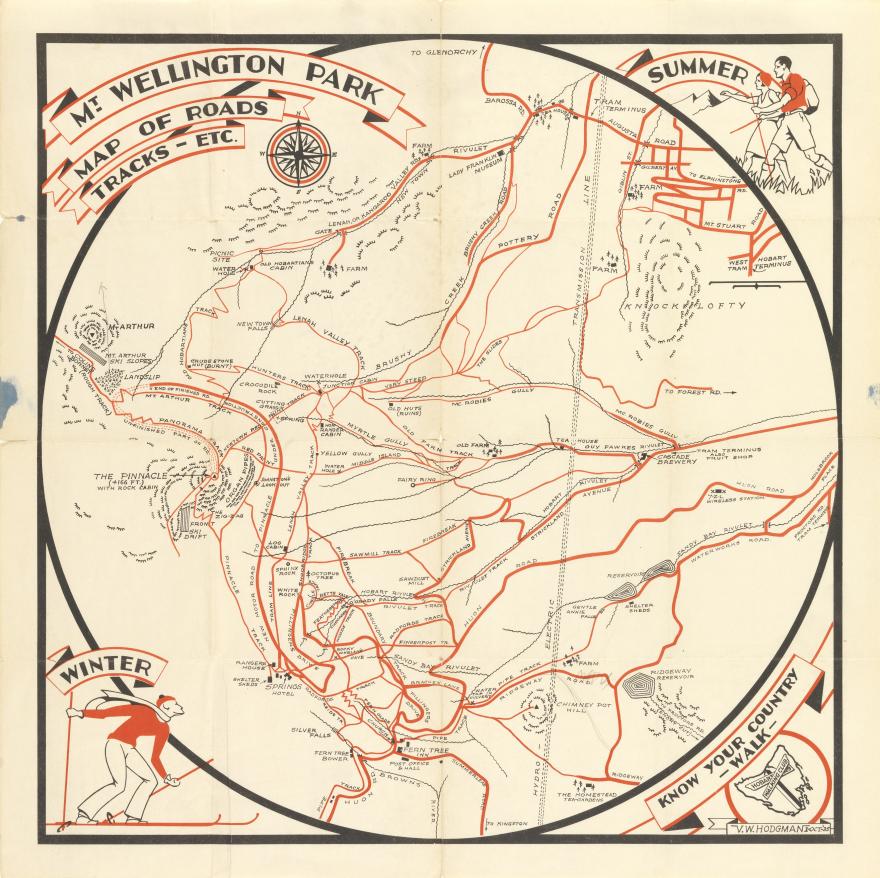 As a mountain backdrop to Hobart, Tasmania’s first major European settlement, kunanyi/Mt Wellington has drawn local inhabitants and visitors alike to its slopes and summit since 1804 to explore, recreate, but primarily to ascend to the top to experience the magnificent views from the summit. To facilitate access up the Mountain, routes were initially forged through the bush and logging tracks were followed as far as possible, and from 1845 walking tracks started to be built. By the end of the Depression, a major period of employment relief, there were some 80 kms of walking track on the Mountain. With the age of car came a road to the summit in 1937. Concurrent with the development of access, various other visitor facilities were constructed, primarily shelter sheds and lookouts, but also facilities such as the Springs Hotel and the Exhibition Gardens, designed to attract visitors from far afield. This talk looks at this history of scenic tourism and recreational use and what drove it, and at the heritage it has left. It also looks at this history in the broader context of scenic tourism and recreation in Tasmania and overseas, which demonstrates that much of the Mountain’s history is uniquely Hobartian, but some closely followed, and in some cases anticipated, scenic tourism and recreation developments in Tasmania as well as more global influences and developments.

Anne McConnell is a Tasmanian based heritage consultant working in both Aboriginal and historic heritage, with over forty years experience in cultural heritage management. With early training across geoscience, anthropology and archaeology, she has a strong interest landscape scale heritage and in how people used and appreciated these landscapes. Anne is also a keen bushwalker and has an interest in protected area management. When she was engaged as the Cultural Heritage Coordinator for Wellington Park in 2006, these interests were combined in various projects to improve cultural heritage conservation in the Park.