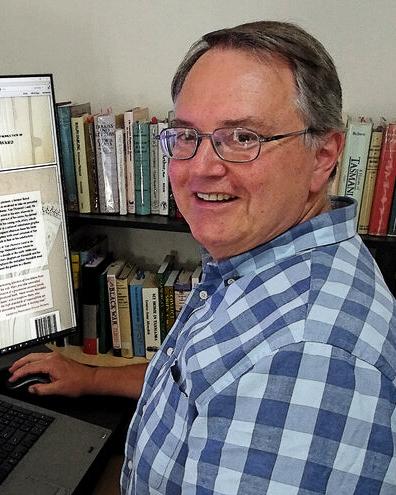 A retired geologist, Malcolm Ward joined the THRA committee in 2021. Over the past 20 years Malcolm has transitioned from studying the history of the earth to that of his family and Tasmania in the colonial era. An early book of his that combined the latter two concerned buildings constructed by his ancestors in southern Tasmania.  Two subsequent books concerned military and convict colonists in Van Diemen’s Land. A continuing interest in the built environment produced a co-authored volume in 2017 which documented colonial houses and properties on the east coast of Tasmania. In 2020, Malcolm completed a PhD at the University of Tasmania on east coast settler George Meredith, which broadened his research interests to colonial family relationships, early newspapers, Tasmania’s second Premier Thomas Gregson and the relationship between settlers, Lieutenant-Governors and Tasmanian Aboriginal people. In mid-2021 he will have published an edited collection of George Meredith’s love letters to his wife and his next project will then be a general biography of Meredith.